Alternatives to Electric Submersible Pumps (ESPs) in the Permian Basin

The Permian Basin is so named for how it was created. The “basin” was formed when the area of more than 75,000 square miles stretching from western Texas to southeastern New Mexico, was downwarped before the Permian sea took over. The area remained submerged throughout much of the Permian geologic period producing one of the thickest deposits of Permian rocks currently in existence. (TSHA) By 1875, the farmers and ranchers now living on the lush grasslands left behind had to drill for their water and soon came upon two critical assets, oil (or gas) and potash. By 1921, the first commercial oil well was established on the east side of the basin and by early 1993 the area produced over 14.9 billion barrels (2.37×109 m3) for the oil & gas industry. Before long, the Texas cities of Midland, Odessa and San Angelo emerged to support the oil production of the area. By early 2020, the basin produced over 4 million barrels of oil a day with 80% of estimated reserves located less than 10,000 feet (3,000 m) in depth. (Wikipedia) The Energy Information Administration estimates that the basin still holds 5 billion barrels of oil and approximately 19 trillion cubic feet of natural gas.

It wasn’t until the urgent need for oil during WWII that deep drilling in the Permian Basin became both necessary and economically justified. Artificial gas lift technology had already been a growing part of the oil and gas industry for decades and its ability to speed up oil production became critical. The methods of artificial gas lift aim to facilitate fluid production from a reservoir by reducing the weight of the hydrostatic column in the wellbore, reducing the bottom hole pressure (BHP) and thereby increasing the rate of fluid influx from the reservoir. This can be done with either mechanical assist devices, in which motors or impellers are used to force oil up the wellbore, or by formation pressure technology, which aims to either decrease oil-column density or decrease hydrostatic pressure to facilitate flow. (link pillar page here)

The Birth and Establishment of ESPS 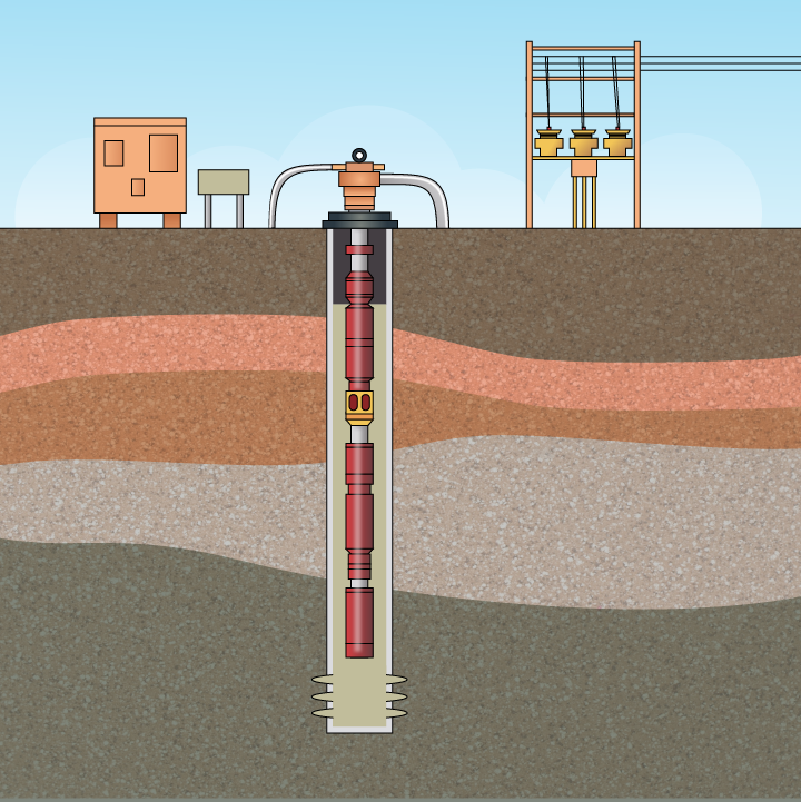 In response to the need for an artificial gas lift that could meet the increased demand in oil production, the Electronic Submersible Pump (ESP) emerged as a strong contender. The ESP was first designed by an Armenian engineer, Armais Artunoff when he invented the first waterproof electric motor. By the 1920s he adapted his designs for use in the oilfields as a solution to operators’ needs to increase oil production efficiently and quickly. ESPs soon became the ideal method of lifting fluids from wellbores because they were considered reliable and could accommodate a wide range, averaging from 150 B/D to 150,000 B/D (24 to 24,600 m3/d). This range was also significantly able to extend either the low end or high end with variable-speed controllers. (petrowiki)

The general idea behind an ESP is that a motor is coupled to a pump body and hermetically sealed. The entire unit is submerged in the oil, connected to power supplies and operator controls via a series of submersible cables (Ibid.) ESPs are especially effective in wells with low bottom hole pressure (BHP), low gas/oil ratios, low bubble point, high water cut, or low API gravity fluids (“Artificial lift methods,” 2020). They are typically not affected by well depth but are limited by horsepower, temperature, and cable length. Therefore, practical depth limitation is about 10,000 ft. 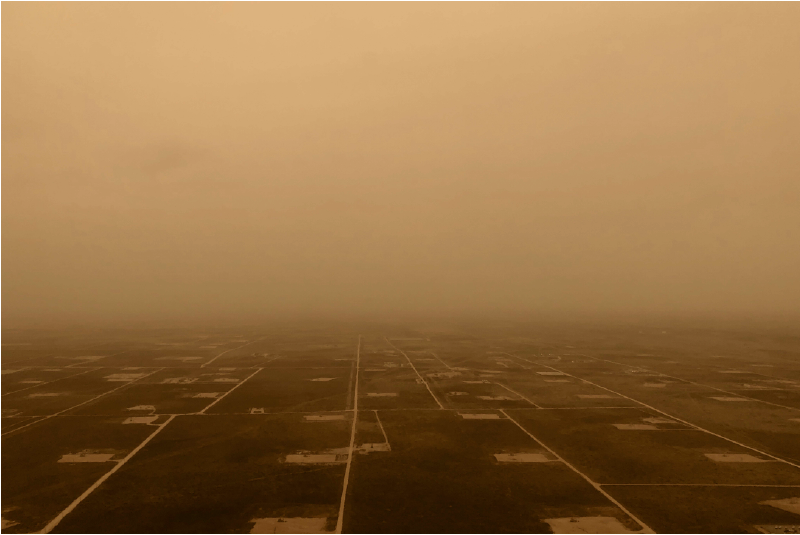 Despite their wide usage ESPs require expensive upkeep and maintenance and are easily damaged by sand as explained by The Journal of Petroleum Technology, “The big problem is that the fractured horizontal wells tapping these unconventional plays produce oil mixed with high levels of natural gas and sand, which can shorten the life of downhole pumps. Large slugs of gas can cause pumps to overheat, and the abrasive sand can chew up the downhole pumps.” Wells that have been fractured with large quantities of sand, like those in the Permian Basin are unsuitable for ESPs. While vertical drilling has long been the predominant method in the Permian Basin, the gap between vertical and horizontal methods is slowly narrowing. So much so that by 2018, vertical wells only accounted for 7% of the area’s production. (EIA)

Impellers within the ESP pump can spin approximately 3600 RPM which not only agitates the sand but is also damaged by the particles. Although the sand problem can be resolved with specialty screens their upkeep and frequent replacement provide additional cost. When high AC voltages needed to drive the motor are combined with the costs of well intervention every four to 12 months and the temperature limit of 250, ESPs become less economical. The final blow comes as the efficiency of the pump is significantly impaired when the percentage of gas exceeds roughly 10% volume at the pump.

Ultimately, ESPs sometimes will last only a few weeks and the cost of replacement can run anywhere from $100,000 to a quarter of a million dollars in addition to the loss of revenue due to lost production. Other cost factors to consider include the half a million dollars estimated to operate a horizontal, unconventional well through its initial flow phase. Finally, if a pump is remote, further cost is associated with extending access to electric power or providing on-site generators. (JPT) 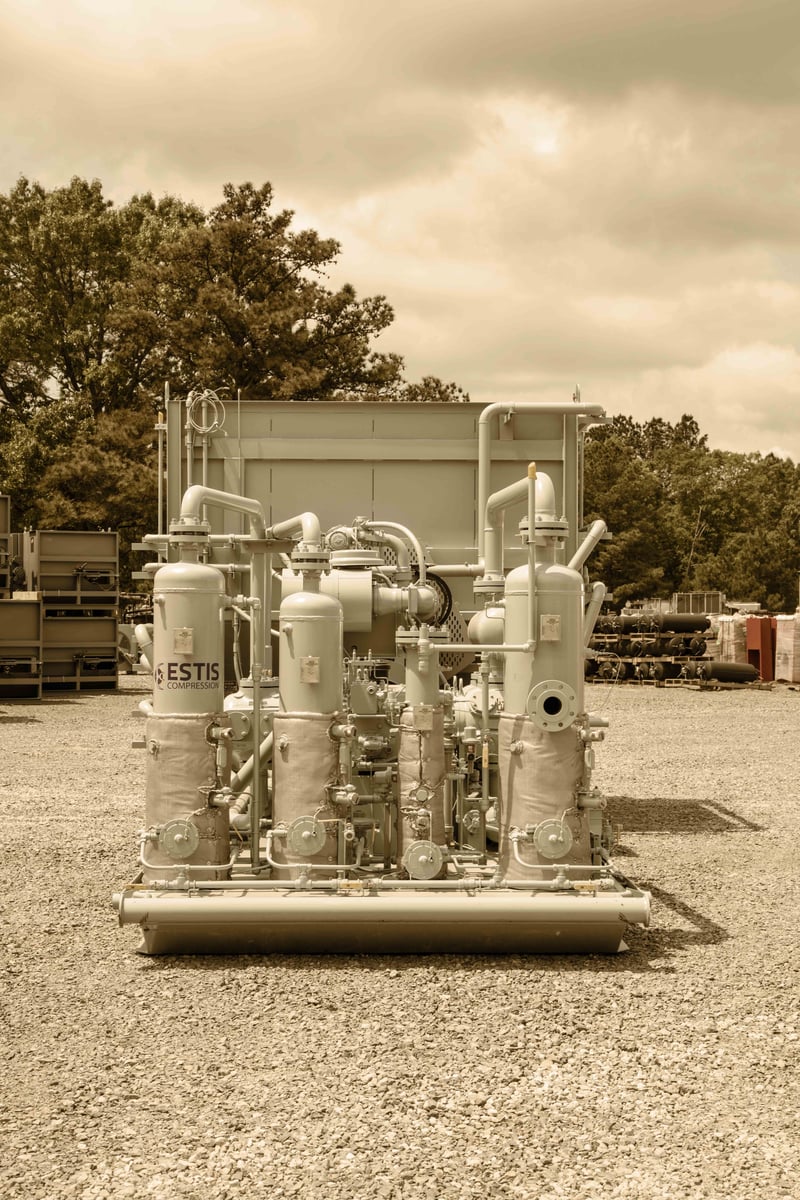 Alternatives to the ESP include rod pumps, plunger lifts, or the conventional gas lift. However, each comes with limitations on production and maintenance costs. In response to the need for a cost-efficient, reliable artificial lift that will also maintain high production, High Pressure Gas Lifts (HPGLs), also referred to as single point high pressure gas lifts, have emerged as an obvious choice amongst the artificial gas lift alternatives. HPGL compressor systems like The Wolf created by Estis Compression are able to deliver the same or better production volumes with much lower maintenance costs. HPGLs function by injecting high-pressure gas down the tubing and deep into the well, producing up the annulus which means that 100% of the lift system is on the surface. With no downhole ESPs to fail, uptime and overall cost of ownership are improved. HPGLs also run on gas, not electric, which reduces the dependency on local power grids or generators.