A production team in Oklahoma had a problem with their infill wells. They’d installed conventional gas lift (CGL) valves post-completion, as was their standard practice. But CGL was not capable of delivering the desired production rates due to its inability to create sufficient flowing bottom hole pressure drawdown. Now the team was in the uncomfortable position of not meeting production goals.

Nobody likes that feeling, and the production manager wanted to do something about it.

But what could he do? Electronic submersible pumps don’t work in high GLR areas. Rod pumps can’t move the volumes needed at depth. And jet pumps are even more inefficient than CGL.

Luckily, a coworker had recently moved from the Permian where he’d worked with High-Pressure Gas Lift (HPGL). He told the PM about the technology. “The concept made a lot of sense,” he said. “So I contacted Estis.”

The application of HPGL would be fairly new for Midcon, but it was not new for the industry. In the Permian, HPGL had been in use for two years to boost production. And HPGL is common in offshore applications.

HPGL’s surface compression technology injects gas through a single point at the bottom of the tubing. There’s no downhole jewelry, so all operations and maintenance occur above ground. This keeps operations more dependable and less complicated.

Before green-lighting HPGL for his wells, the PM talked in-depth with his colleague and with Estis. He also did his own research, including running models. “It was really about understanding the pressure drop that we could expect, which directly correlates to the volumes we could expect,” he says. “There was my proof, so we moved forward with the application.” 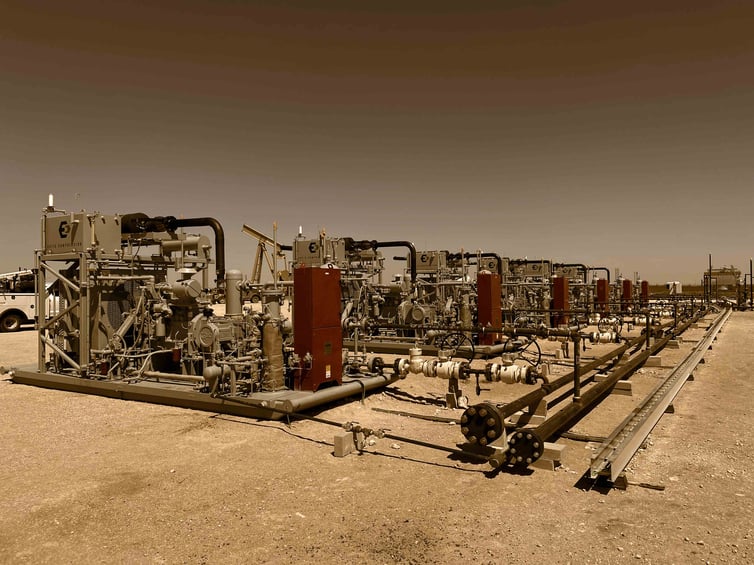 Transitioning from CGL to HPGL

The installation was fairly smooth because the wells were already set up for gas lift. “We just had to reconfigure our wellhead, which wasn’t difficult. No downhole changes had to be made because the wells had packer-less gas lift designs.”

While the transition came with some cost, it wasn’t a large capital expenditure. And the increased production more than justified the expense. “We got the drawdown needed to achieve what we wanted to see,” he says. “And our mechanical availability was over 99%, so we had maximum production uptime.”

Once the company saw the benefits of HPGL in the first infill setting, it moved on to use HPGL in several more settings.

If HPGL sounds like a solution to your needs, the PM recommends checking it out. “A quality solution provider can help you model your situation to determine the volumes possible,” he says. “And they’ll know how to design and implement the system to optimize your production.”

While it’s been used offshore for decades, HPGL is still considered a newer technology for onshore artificial lift oil production. Yet single-point HPGL is the simplest, most efficient and productive lift system with the lowest total cost of ownership and the least downtime.

With companies like Estis making wellhead compression affordable, customizable, and reusable, HPGL for onshore production is ready to take off. If you’d like to take advantage of this emerging trend, check out our evaluator, to see how you can improve your productivity and reduce costs.